Delay is a sound changing module that plays the sound source more than once at different times. The delay plays copies of the original sound source at later times. The classic delay effect sounds like an echo (echo, echo). We can use delay to create a sense of ambience, texture, and even rhythm. This simple effect is endless in variation. 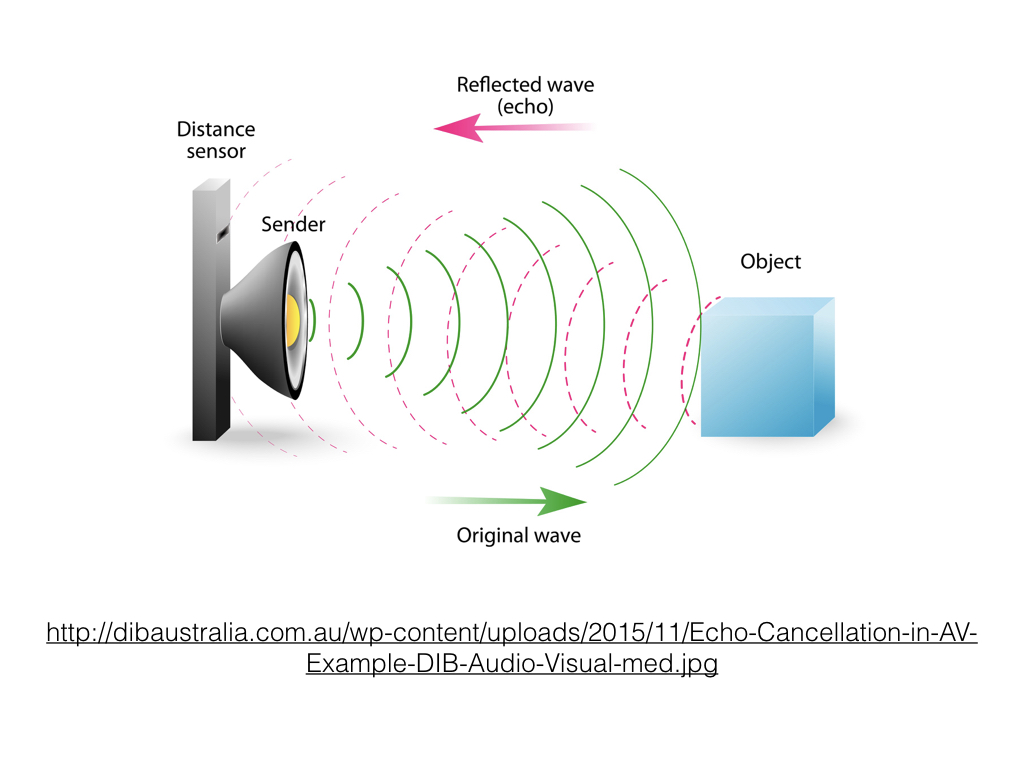 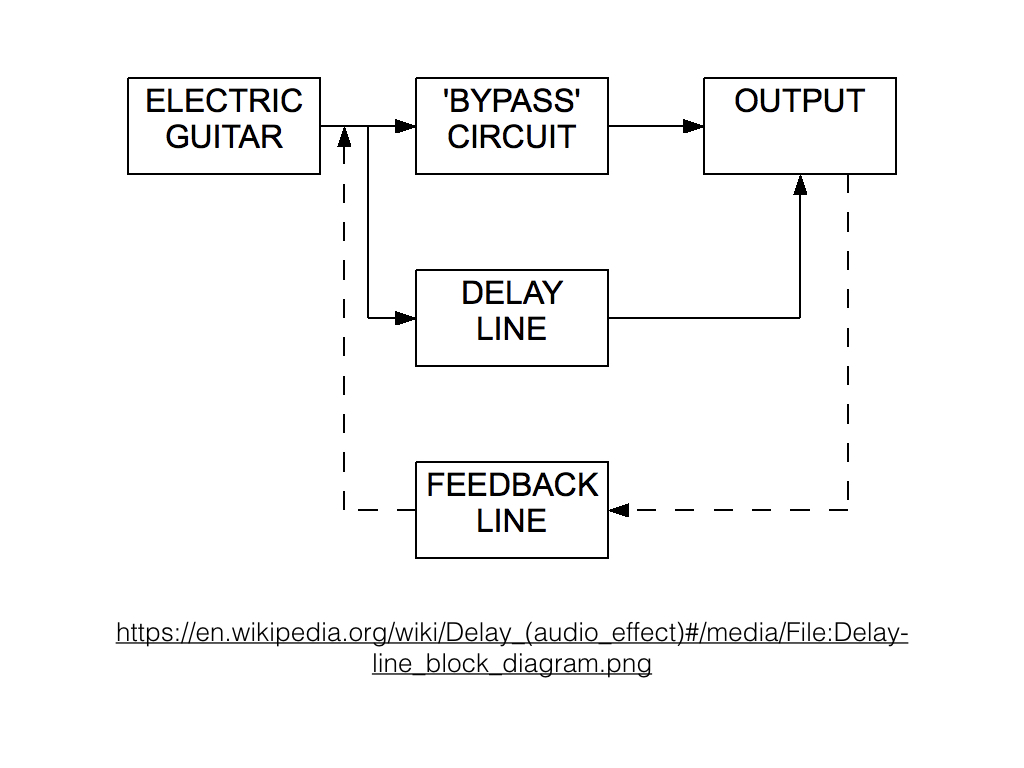 Delay effects come in a variety of styles, but have a few common parameters. One parameter is the number of iterations that will play back. Tempo sync is a common feature as well, which lines up the delayed playback to the rhythm of the music. Each iteration has its own parameters, usually duration, gain, and filtering. 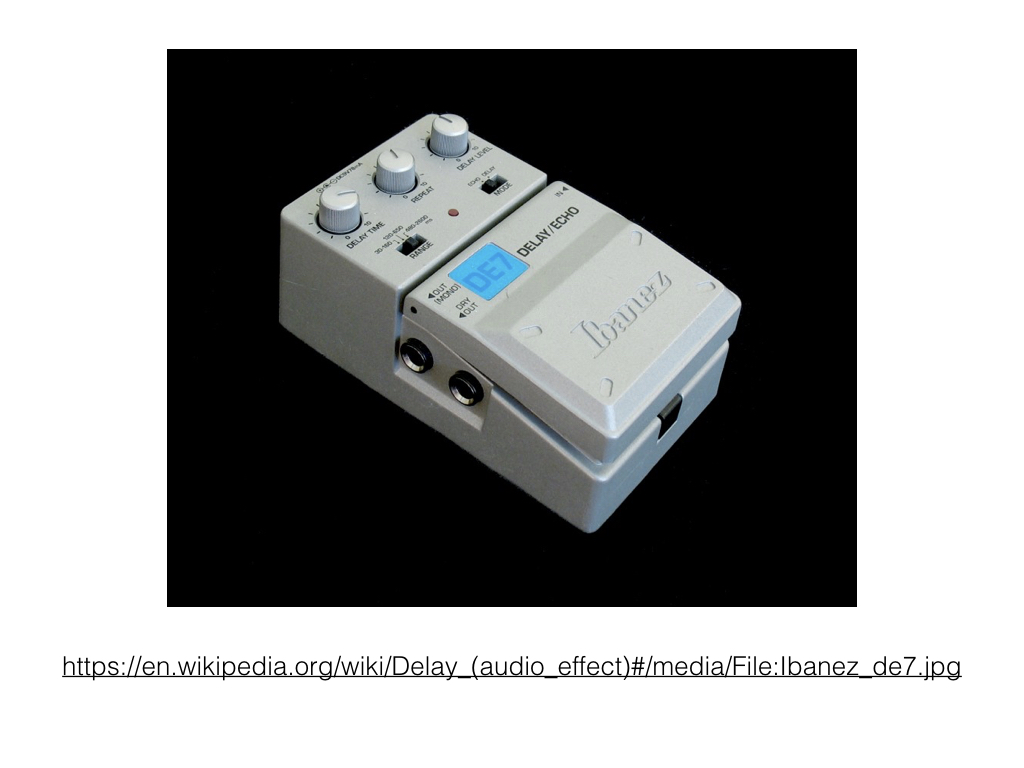 Delay has a relationship to flanger, phaser, and chorus. These modules play back copies of the original sound. The main difference is the duration of the delay. Flanger and phaser have delays of 1-20ms, chorus is usually 20-80ms, while the delay effect is longer than 80ms. 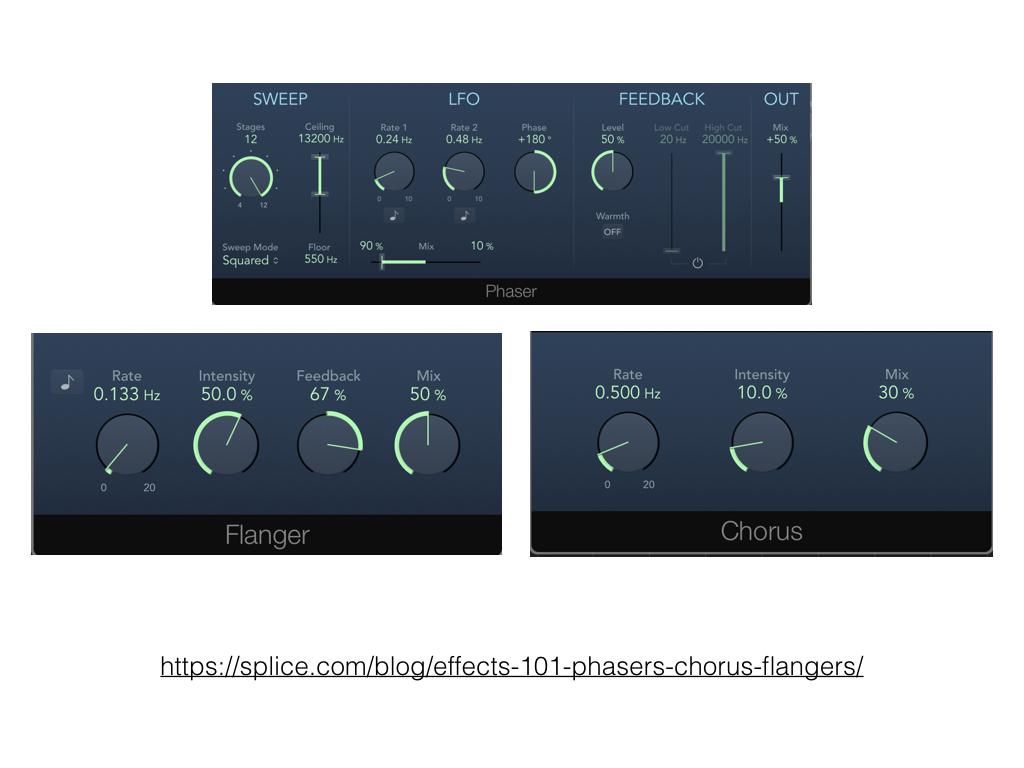