Vibrato is the effect of modulating the frequency of a sound source. Opera singers use this technique often on extended notes to maintain the listener's interest. String players use vibrato by quickly sliding their fingers up and down on the string. Vibrato sounds like the sound is oscillating between being slightly darker and slightly brighter. Vibrato has four parameters. First is the wet/dry mix. The dry is the source signal, the wet is the effected signal. The second parameter is delay time. Usually, we don't start vibrato immediately, but after 3 to 8 milliseconds. Another parameter is the depth of the modulation. This is the amplitude of the modulating signal. An increase in depth will cause the signal to fluctuate in a larger range of frequencies. The fourth and final parameter is the modulation rate. This impacts how quickly the vibrato changes from the higher frequency to the lower frequency and back again. 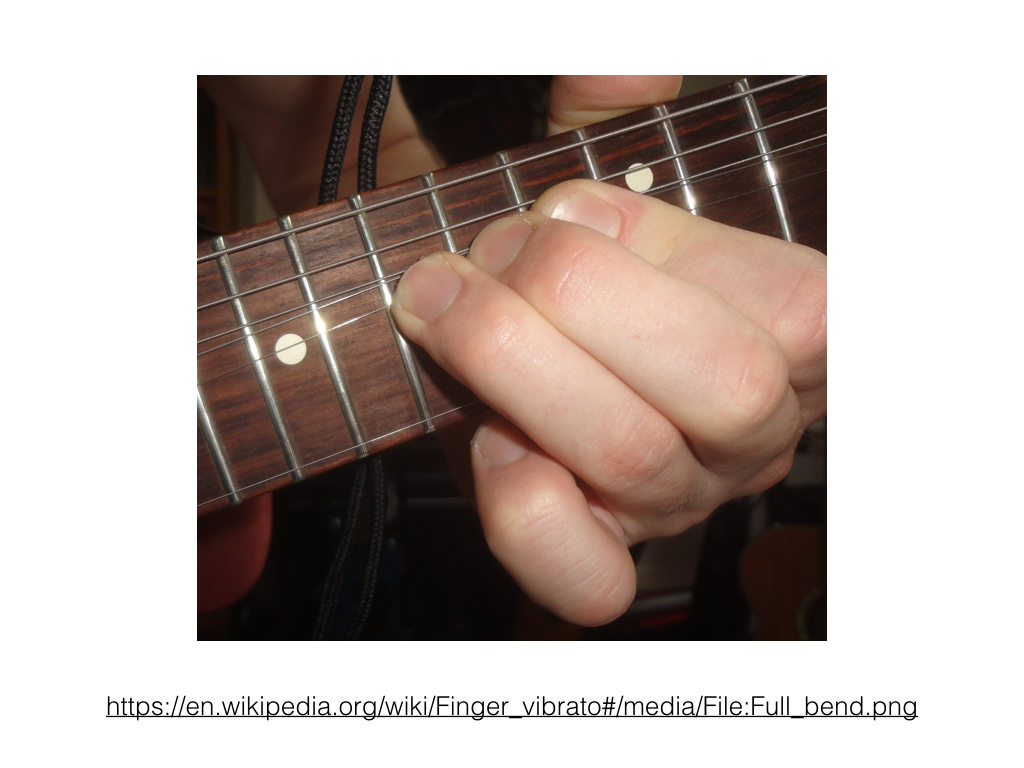 Tremolo is the effect of modulating the amplitude of a sound source. String players, such as violinists, use tremolo often by shaking their bow on the string. Tremolo sounds like a shaking or rumbling sound. There's two parameters to tremolo, rate and depth. Depth determines the range of change in amplitude. Rate determines how quickly the amplitude changes from high to low and back again. 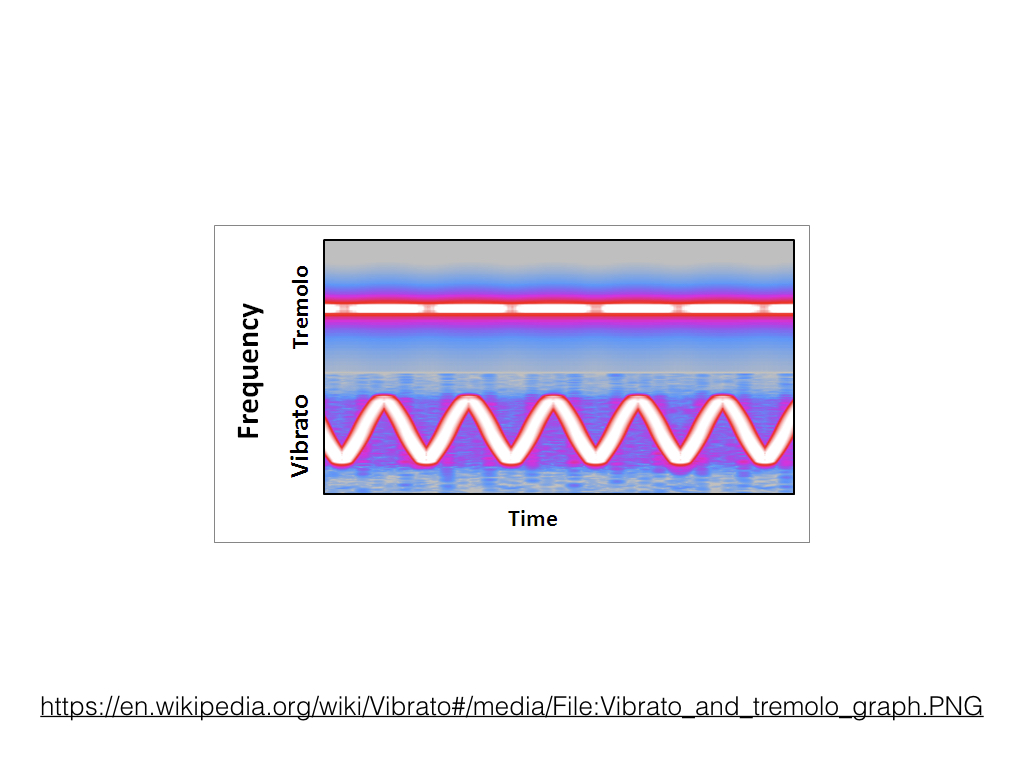 Phasers and flange effects modify the spectrum of the sound source over time. Both create a copy of the source signal with a slight delay, between 1 and 20 milliseconds. Then, the effect mixes the "wet" signal with the "dry" signal. The effect on both is similar, adding a 'warbling' sound to the source. Normally these are dramatic effects, but some composers use phasers and flangers more subtly. Like other effects mentioned here, these effects have a wet/dry mix, delay, depth, and rate. Flangers tend to sound more like a natural oscillator. Phasers tend to sound more exotic. This is because flangers cause harmonic frequencies, but phasers cause inharmonic frequencies. 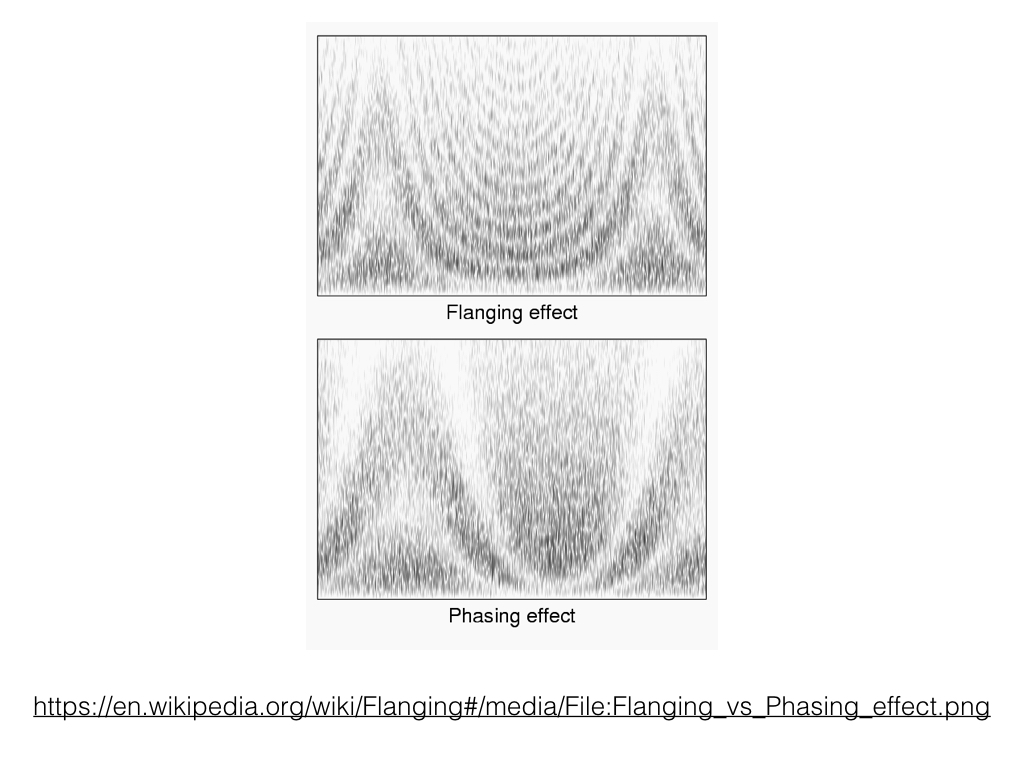 Chorus is one of the most common effects. Chorus makes the sound source appear to be a group of instruments playing the same part instead of a single instrument. An example would be the difference between a single flute playing a part versus several flutes playing the same part at the same time. Chorus works by making copies of the original sound source. The effect delays each copy in a variety of durations, usually 20-80ms. Also, each delayed copy is slightly changed in pitch as well. Chorus has similar parameters to the other effects listed here: wet/dry, delay, depth (usually less than 10%), and rate (usually less than 10 Hz). 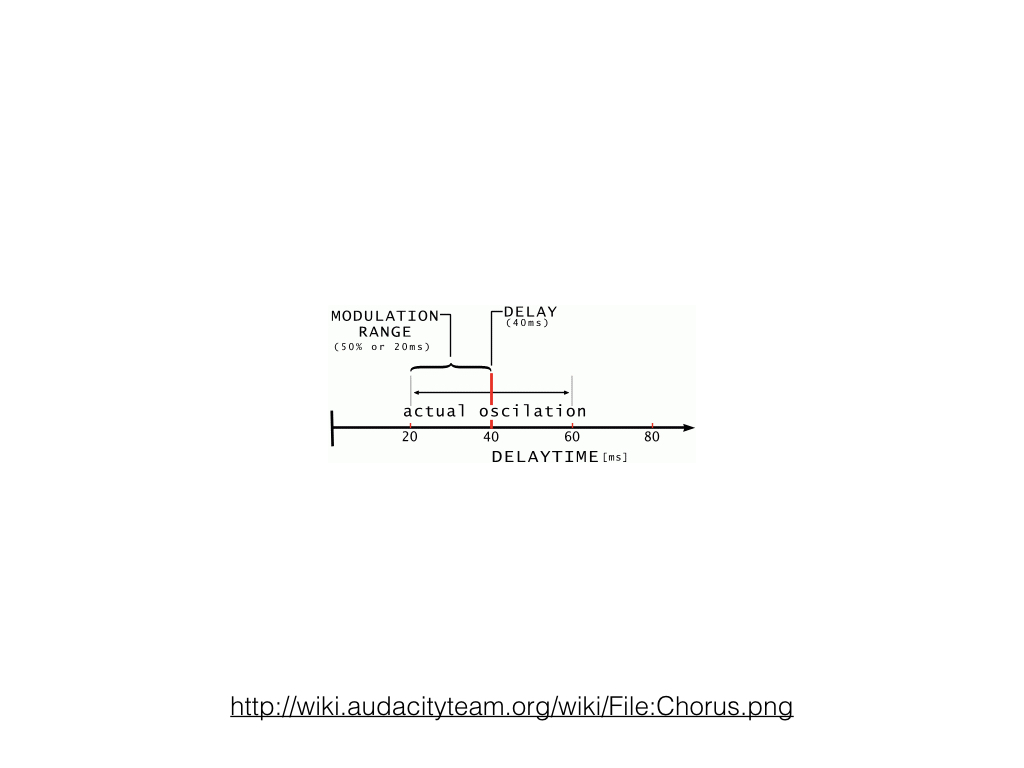