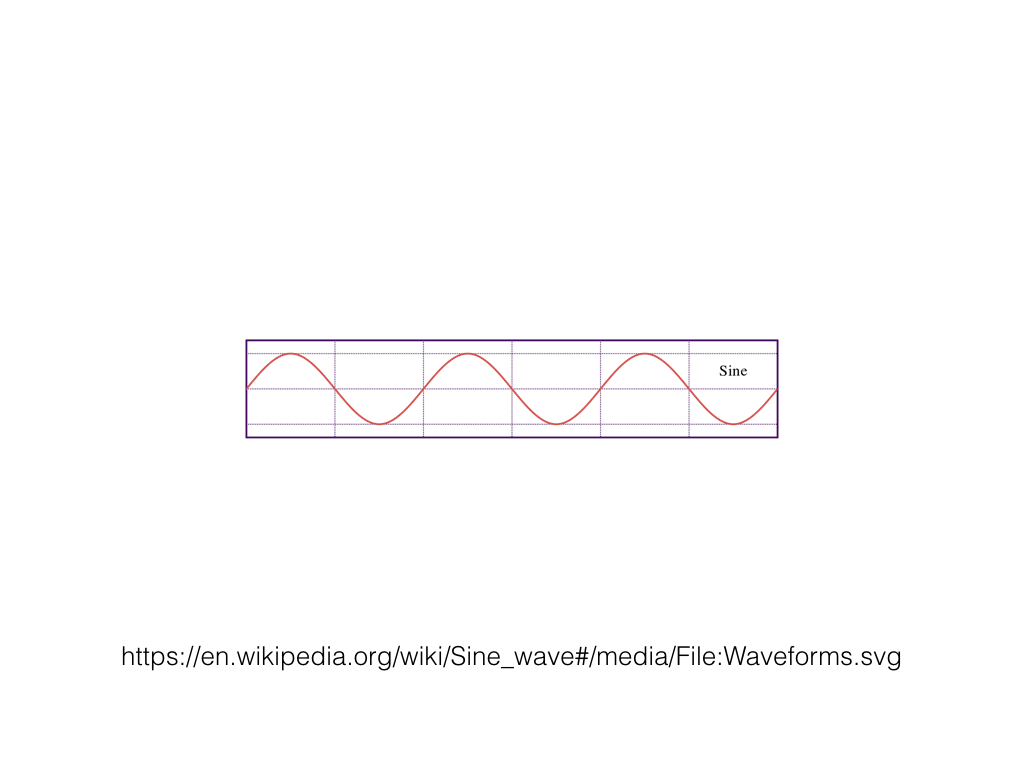 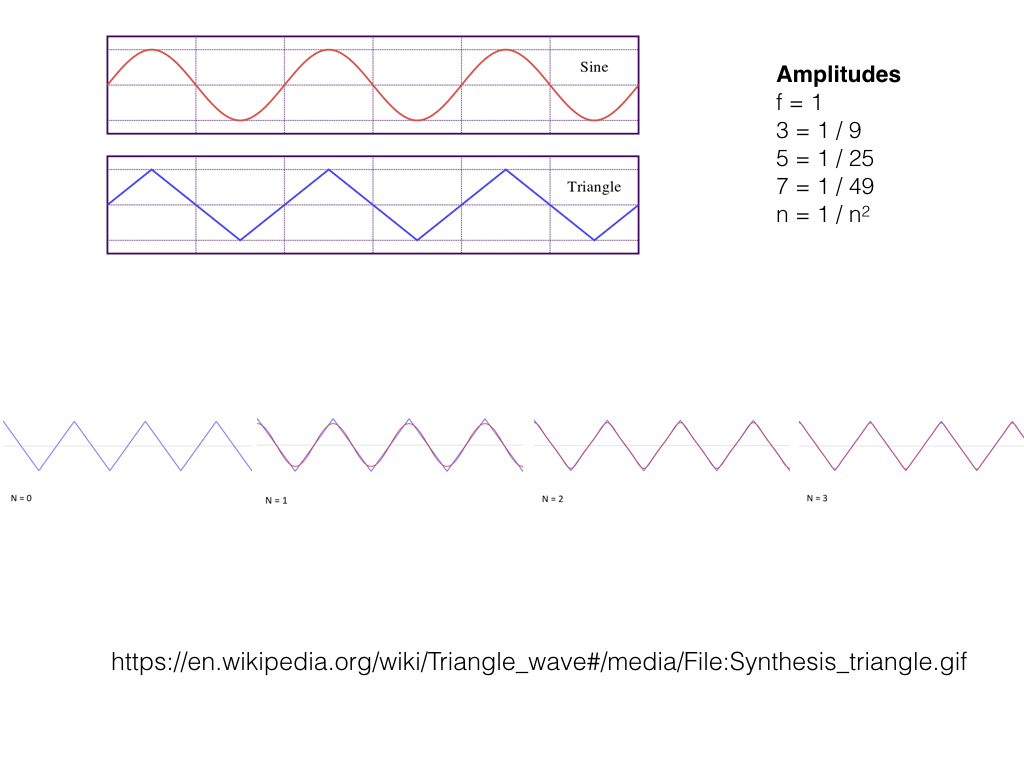 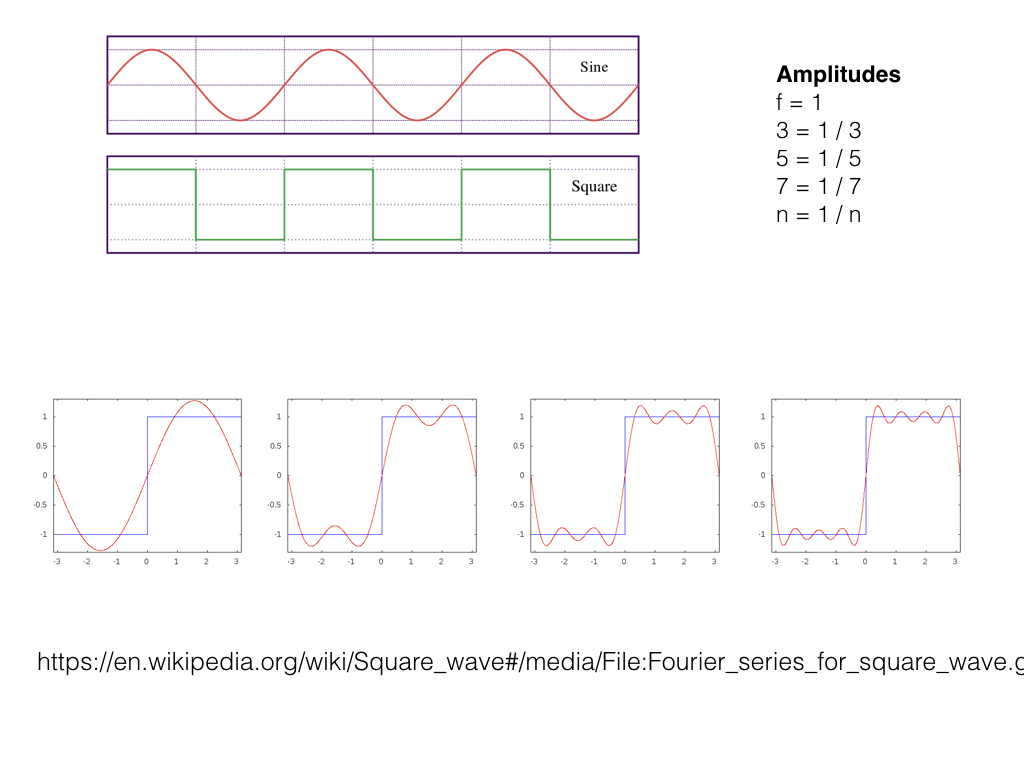 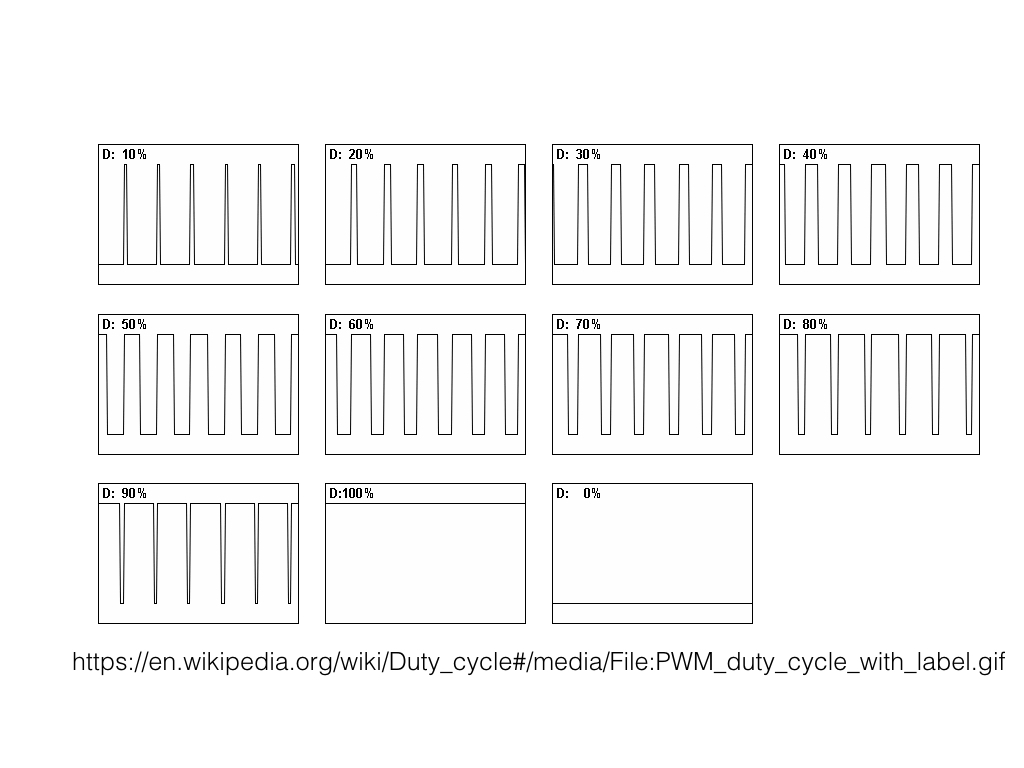 The sawtooth wave is the richest of the basic oscillators. The sawtooth wave sounds harsh. But, by modifying the sound with filtering, we can produce a wide range of different colors. The amplitude ratio is the same as the square and rectangle wave at 1 / h. But, we include all harmonics, including the even number harmonics. Like the triangle and square wave, we call them "sawtooth waves" because they look like the teeth on a saw. 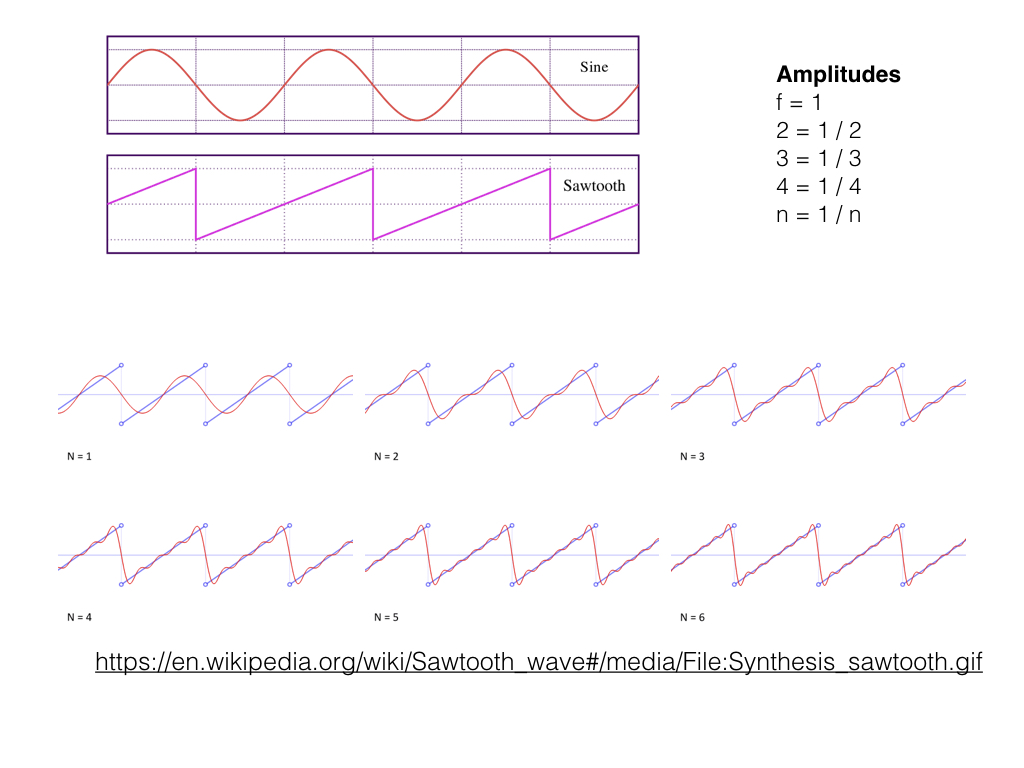