We represent digital sound quite differently than analog sound. While computers are impressive at doing arithmetic at lightning speeds, the computer must represent sound as numbers instead of physical signals. 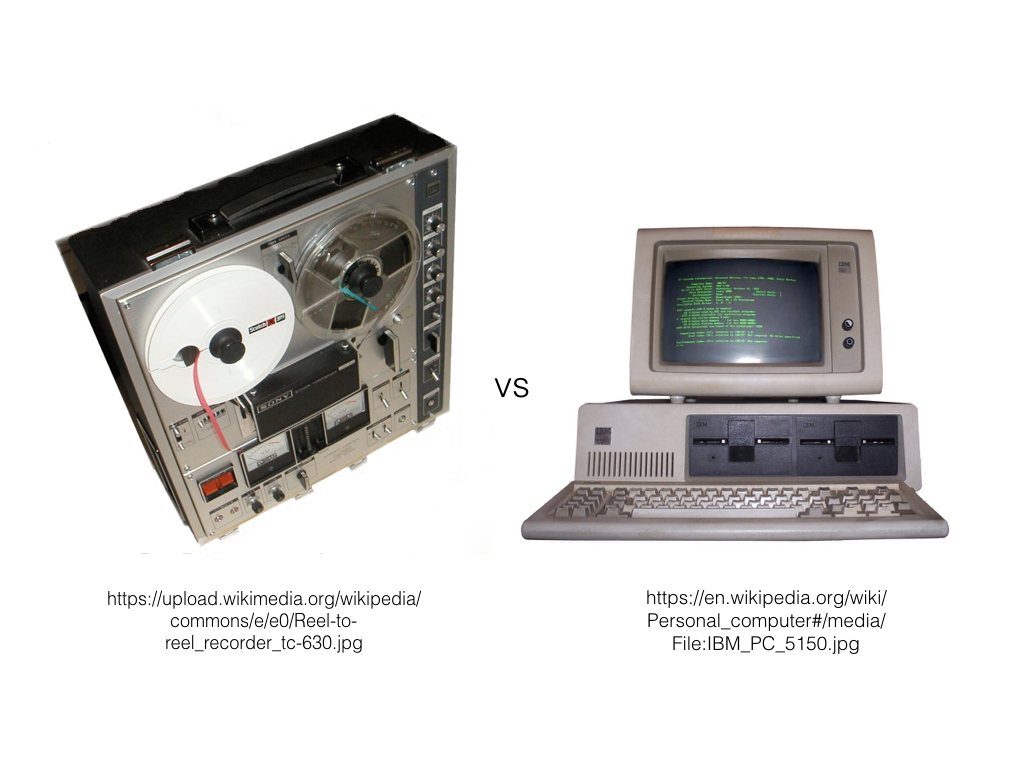 The computer understands sound as a long series of large numbers. We often call this series an "array". Each number represents a specific amplitude for a very small amount of time. 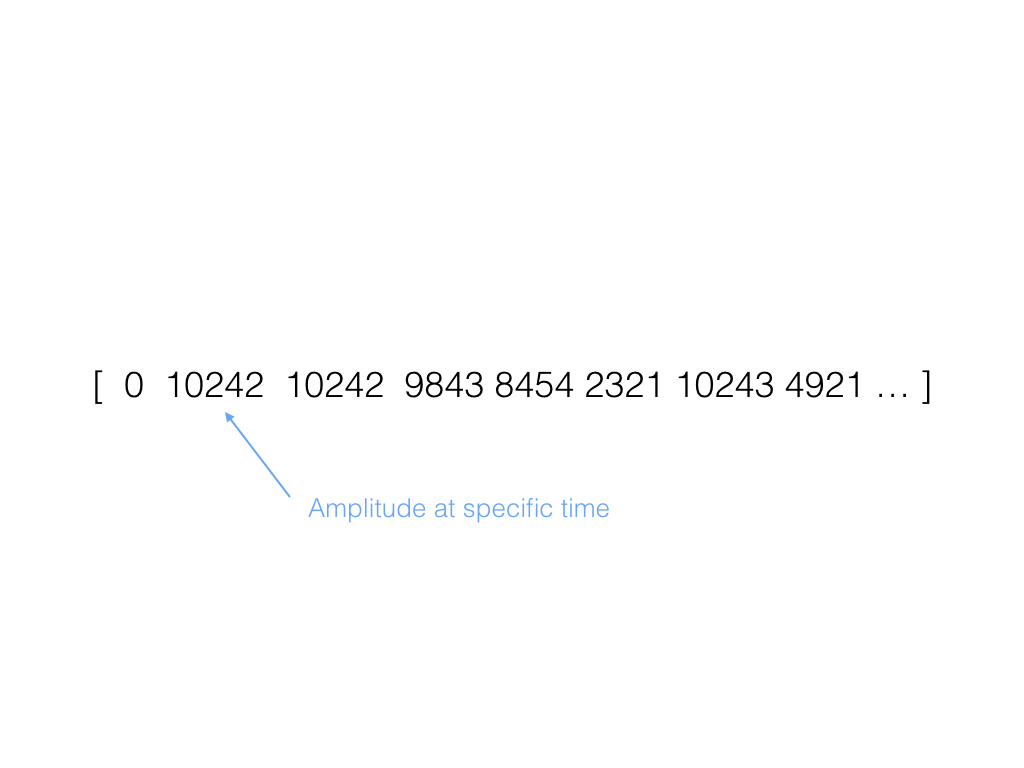 For album quality audio, each number represents 1 / 44,100th of a second! Each number can range from 0 to 65535. And in computer fashion, each number must be an exact integer.

The amount of time each sample represents refers to the "sample rate". The most common sample rate is 44,100, also known as 44.1k. We also often use 48k and other rates. This rate is literally the amount of numbers per second. 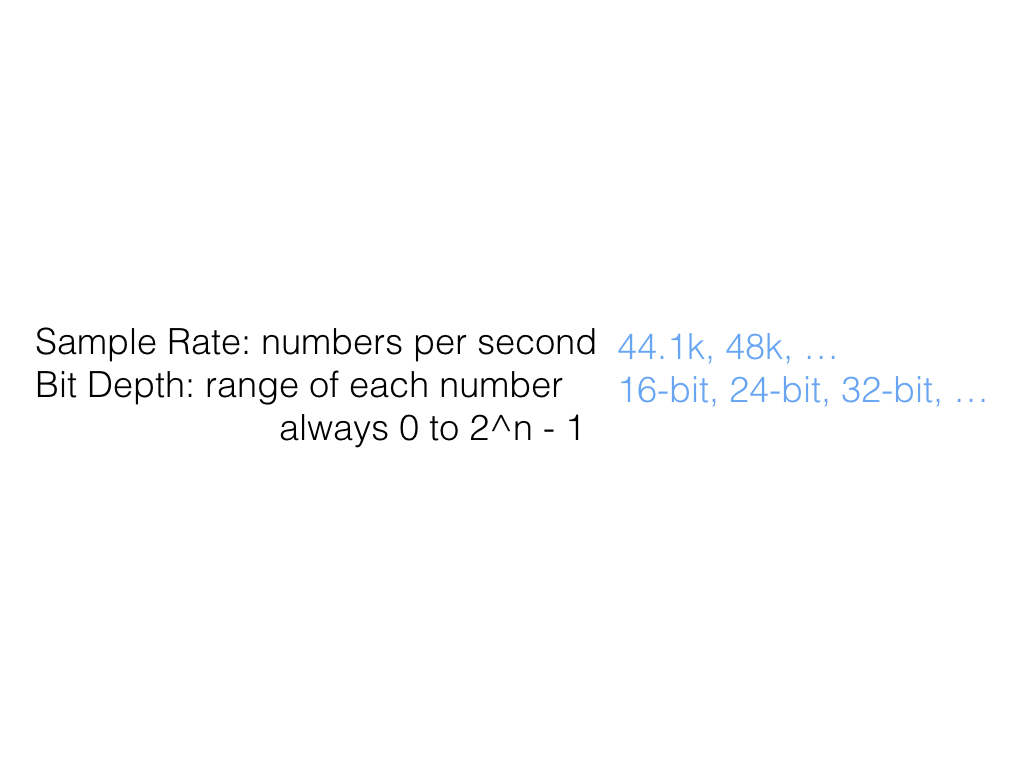